It is clearly evident that a few people are caught up in the wrong job. They realise that they detest their organisation, their profession, their colleagues and nearly everything that pertains to their job but, still most of them continue with their job and suffer from discontentment while, a few others actively start hunting for another job.

However, on the other hand, some people are not even aware that they are trapped in the wrong profession. They usually have an ambiguous doubt about it but they most likely tend to ignore it or avoid giving it a second thought. Unknowingly, many people fall in this category. Hence, one should look out for the following warning signs in order to be certain if they are indeed stuck in the wrong job.

Experience the nasty feeling of going to work on Sunday evenings:

Generally, most employees hate the idea of going to work on Monday mornings but, feeling restless or having sick feelings in the stomach during a holiday or on Sunday evening is absolutely abnormal! This agitation of the mind and the body indicates something important and one should pay heed to it.

Turn into an ardent clock watcher:

When the time starts passing at a snail’s pace at work, even an hour seems like an hour and one loses count of the time they look at their wrist watch or the big dull clock in their office.

Generally, after a certain point of time people feel monotonous at work. The main thing is, if they are involved in a job they like, they would feel motivated, engaged and interested which, would in turn make them feel as though the time has passed remarkably quickly. This happens because they are totally focused on their job and enjoy it as well. Employees that don’t experience this exciting sensation at work should seriously consider it as a warning sign.

Become jealous of other people’s profession:

When someone is in the wrong profession, they start thinking about the perks of other jobs and visualise themselves in others jobs or positions. They also start imagining that they are entombed in a job that is extremely boring. All these thoughts build up over a period of time and they become jealous of the freedom of a delivery man or of the prospects staffs have for ingenuity in a close by coffee shop.

This behavior is understandable as “the grass is greener on the other side,” is a saying that seems true in most cases. Anyone who dreams something like this should ask themselves if they are fantasising about these jobs because they are unhappy with their current profession.

Undergo obvious signs of stress that are persistent:

A wrong job can prove to be very demanding and lead to emotional strains that can be harmful for the body. This is owing to the fact that everyone has a distinctive personality that influences their preferences, so when they perform duties that disagree with their preferences, they become anxious and stressed. Job dissatisfaction can also cause symptoms like stomach aches, headaches, chest pain, profuse perspiration, and insomnia.

During such instances, one must evaluate their job responsibilities and try to assess if they actually enjoy doing the work? Do they have to perform duties that make them feel uncomfortable most of the time? If yes, then these are clear signs that they are most likely doing a job that doesn’t suit their personality, and is most definitely not the perfect job for them.

No cordial relationship with colleagues or team members:

People are either in the wrong organisation or in the wrong job. So, if their interests and values clashes with the company’s culture, they will most probably find it more difficult to associate with the concepts and work-beliefs that their colleagues follow. In such cases, the propositions of the co-workers seem ethically wrong.

If someone feels that they do not relate with the other employees, then this can be a significant sign that they are functioning in the wrong culture and should try their best to move out and seek an organisation that suits their your personal values.

No satisfaction despite a huge hike in salary and other incentives:

In spite of an enormous salary hike, if people don’t feel the difference or are still unhappy then, it is most probably because they seriously lack job satisfaction. This is due to several factors – at times it is because of lack of work, excessive work or simply the wrong profession.

Overall, if people don’t get gratification from the work they do at their workplaces and yet continue with the job, can end up being miserable even in their personal life. Hence, it is important to identify the signs of a wrong job and switch to a better job in order to avoid being discontent with life as whole. 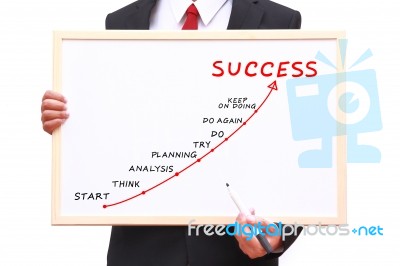 Employee motivation is a key factor in employee performance. If your workers are not satisfied with their work or the workplace, then chances are that they would try and shun their responsibilities, do low quality work and perform poorly.

So, to ensure excellent results and successful achievement of goals, the company must ensure that their employees are highly motivated. The motivation source can be anything – it could be monetary, non-monetary or other personal factors. As manager of a company (especially if you are a small organisation) finding the pulse of employees is very important.

If an employee is motivated, then he/she can reach their maximum potential. They can achieve their personal goals and aim at self-development. This in turn leads to professional excellence.  Once employees see a link between their efforts and results, then they tend to perform even better.

The most common mistake a company makes is to think that money is all that motivates an employee. While money is one of the most important aspects, what a company forgets is a list of other factors. For e.g.: recognising an employee for their achievements is quite imperative and so is listening to them. Your goals for the company should encompass the goals of an employee as well.

Especially in times of economic crisis and troubling times, keeping your employees motivated should be your number one priority. You need to remind your employees that they need to overcome the obstacles of today’s market and emerge victorious on the other side. You have to strive hard to keep their morale high. Acknowledge their efforts and tell them that their contribution is needed by the company, more so now than ever.

Imagine you are the captain of a ship facing a big storm. You need to continuously encourage and motivate your crew members and give them support whenever the need be. A good leader would inspire his/her employees and would help them overcome their fears. Be their employer, friend, and leader and above all be a philosopher!

Most companies are nowadays hiring professional motivational speakers to help them get the best out of their employees. And that is not a bad idea!

A motivational speaker can help you help your employees. Your employees should be left with something to ponder about and they must feel more positive and uplifted. You need someone who excels in the art of communication, inspiration and motivation; someone who is a good listener too!

The performance of your employee depends on the way they think and the way they act. And a good motivational speaker or keynote speaker should be able to transform them in a way that they give their best!

Don’t underestimate the power of a keynote speaker – to motivate your employees, that is the right way to go!